Trending
You are at:Home»Blog-News U can Use»Raise Your Game and Others Will Follow . . . 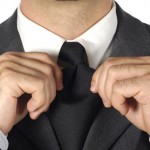 I read an article last week in the Wall Street Journal, “Should you Dress Like the CEO?” and it got me thinking about the role of the leader.  In this article they noted, “When Frank Bisignano took the CEO job at First Data Corp. in Atlanta in late April, he brought his Brooks Brothers suits and Hermès ties with him.  . . . .. Mr. Bisignano wears formal business attire to work every day, and many employees who weren’t previously dressing up are now, literally, following suit.”

In a similar vein, my oldest son worked for Canon Business Solutions as a sales rep right out of college and was required to wear a suit and tie to work every day.  As a result, he made a large investment in formal business attire.  Two years later he moved to the media industry where business casual was the norm.  It was frustrating to him that no one ever seemed to dress up AND that he had this great wardrobe wasting away in his closet.  So he took it upon himself to institute “Tie Tuesday”.  It started out as a joke but soon turned into a new norm.  His co-workers (including his boss and his boss’ boss) would ask, “Hey, what’s with the tie?” and he would respond “It’s Tie Tuesday”.  Today, if you go to his office on a Tuesday everyone will have on a tie, jacket or more formal business attire. The moral of the story is that any one can assume the “leader” role, create a new norm and others will follow.

Here is another personal example.  From the time I started my professional career (a loooong time ago) I always made sure I stayed connected to  / worked when I was on vacation.  Today, it is easier than it was years ago when I would leave the beach to find a pay phone to check in or to do conference calls.  It annoyed the heck out of my family but that was my norm.   This past month, we took a family vacation and were gone for two weeks.  As usual I took my laptop and smartphone along with my SKYPE account to make sure that I was always connected.  My middle son was with us (who is also a consultant – one year out of school) and I asked him how he was staying connected to work and I was told – “I’m Not”.   So, I chalked it up to the millennial thing and didn’t bring it up again, although I must admit I was quite disappointed.   After we returned from our trip and all went back to work, my son forwarded me an email that his team lead had sent to his boss – here is an excerpt  . . . . . (the names have been changed to protect me from the wrath of my son 🙂 )

“I REALLY enjoy working with JOE. He just gets it. 🙂 As of late, I have been particularly impressed with the following:

Here is my point – even though my son was always vocally annoyed by my vacation norm, he got it!  He didn’t follow exactly the way I led, but he did it his own way.   He also ended up teaching me and his boss a few things about work life balance . . . . . .

So what is the takeaway here?  Well, for me there are a few:

In my next post I will tie in leadership  as a critical element of adopting change.