Trending
You are at:Home»Blog-News U can Use»Procurement is the Culprit Behind Healthcare.gov? 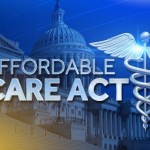 While you may or may not agree with the politics, the rollout of this critical initiative has clearly been a train wreck – and the Procurement process that the government uses is being pointed to as one of the main reasons.  While I would agree, I would also argue that the process to manage the execution and actual  Adoption were even more flawed (as supported by the post mortem so far – more on that in next blog).  Here are some comments from President Obama on the rollout at the recent WSJ CEO Council Meeting:” There is a larger problem …the way the federal government does procurement and does IT is just generally not very efficient….no bigger gap between the private sector and the public sector than IT…..for example, the VA and the Department of Defense trying to deal with electronic medical records …we’ve spent billions of …and it’s still not working the way it should”.  And having been at the receiving end of this process, we can personally attest to its gross inefficiency.

The government spends $1 Trillion annually on goods and services (which probably makes it the largest single spend in the entire world?).  According to Steven Koltai from the Brookings Institute, it is governed by a process “as straightforward as amortization of tax-loss carryforwards” (apologies to the accountants – and I used to be one).  There is an entire profession and industry built around doing nothing more than navigating the procurement process – just imagine that.  Koltai calls them ”beltway bandits” (beltway referring to Washington DC) whose core competency is winning government contracts.  Utilizing lawyers and former government procurement employees, their ability is often very limited in actually delivering to the contract – but they are extremely able at winning the contracts.  You can read more here.

The gross inefficiencies are going to be clearly very obvious to you as a professional in the community and if we apply the standard Best Practices thinking, I’m sure we can point to all kinds of opportunities for process efficiency and cost savings..  While those are all nice to haves and must be attacked with vigor, there is a far more existential threat that the process has and Koltai nails it when he says,” most qualified to do the work simply refuse to bid” and the process conspires to “keep new, nimble and innovative firms from playing the contracting game”.  Imagine a process that is designed to keep the best suppliers away?  And having been at the other end of these processes, we can personally attest to the fact that we mostly shudder and many times choose not to respond.  We have a proposal currently being considered and cannot even get any feedback or response and the dates keep slipping.

Before most of us take false comfort in the fact that we are talking about the government, it would be critical that we take a look at our processes.  I’ve often challenged clients with the following statement – the goal of any procurement process MUST be to find the absolute best possible supplier – PERIOD.   And yes, it is also to manage price as one element of an overall decision risk model.  I would challenge us to take a look at our processes from that perspective – not just from a cost and efficiency perspective.  Are your processes discouraging some of the best suppliers from even engaging with you?  For example, we often look at a number of the “e” tools that clients use(we assume for efficiency at their end) and are simply amazed at the inefficiency it causes in the entire response from suppliers.  Very critical information is often not sought or included.  Requirements are haphazard or incomplete.  The ability to engage in dialogue to better understand the objectives and needs and therefore craft a better response is limited to submitting written questions and getting responses in kind.  The front end of the process thus starts weeding out potentially excellent suppliers before they’ve had a chance to expose their true capabilities. If you want a totally unique and extremely useful perspective on this, talk to your sales organization to get feedback from them on the various sourcing processes that they deal with – you might be amazed and end up developing your own set of Next Practices!!